People in East Africa and the Arabian Peninsula have produced frankincense for 5,000 years. This aromatic resin was the region's most important commodity.

Frankincense and myrrh were desired for personal, religious and medicinal use. In a time before daily bathing, people used the sweet smoke from the resins to smell better. Egyptian women mixed ash of frankincense into their eye shadow. Egyptians used both frankincense and myrrh to prepare animal sacrifices and human mummies. Ailments they were once believed to cure include hemlock poisoning, leprosy, worms, snakebites, diarrhea, plague, scurvy, and baldness.

Frankincense and myrrh were widely available when the Magi visited the baby Jesus around 5 B.C., and would have been considered practical gifts with multiple uses. The expensive resins were also symbolic. Burning frankincense symbolized prayer rising to the heavens, like smoke.

Notes: Vegetable glycerin base. Contains coconut oil. None of the supplies used tested on animals. Each soap is handmade, so each piece is slightly different. 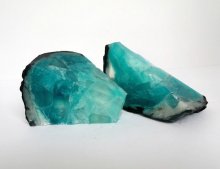 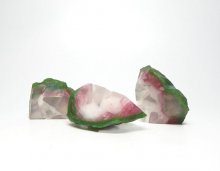 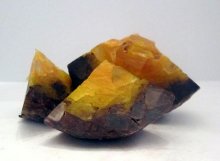