"There is no excellent beauty that hath not some strangeness in its proportion."

Madame X was John Singer Sargent’s most infamous painting. When it debuted at the Paris Salon of 1884, the public was horrified and called it a scandalously immoral image. The model was Virginie Gautreau, a New Orleans ex-pat who was notorious throughout Paris for her elegant demeanor and unusual looks, which she accentuated by dusting her skin with a special pale purple powder. Her nose too long by accepted standards and her forehead considered too high, yet the total effect of her eccentric beauty was irresistibly seductive. Gentlemen were captivated. Society mavens sneered. Artists begged to be allowed to paint her portrait or sculpt her in marble. An American art student named Edward Simmons wrote of being “thrilled by every movement of her body."

What buyers are saying:

Very feminine. Initially a rush of flowers, but then it mellows out and the vanilla, sandalwood, musk & pale patchouli make a quiet & understated appearance. I layer it with La Belle Epoque and that smells quite splendid too.

Madam X layered with La Belle Époque is my go-to scent. Classy, romantic, and very appealing to both me and my boyfriend, Madam X is a great fragrance layered or on its own.

The concentration of the scent is wonderful. I've never before used something where a single drop would emanate through clothing so strongly!

I had been wearing the sample around for a while and my sister thought I bought some $300 bottle of perfume. Madam X is like a sensual, nighttime floral garden on my skin. It smells better than the perfumes from Sephora that I was considering. It's elegant without being stuffy at all... I will be wearing Madam X a lot this Spring. 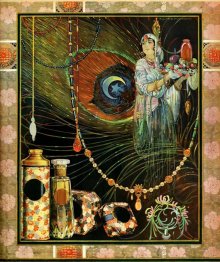 Does your skin chemistry 'drink' fragrance? Do you have to reapply..... 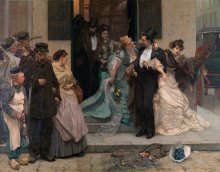 You will always be fond of me. I represent to you all the sins you never.....

Whipped body butters are perfect for dry skin. Carefully formulated to be.....